World War II, the Far East. The British prisoners arrive to Japanese camp under the ruthless command of Colonel Saito. The British officer, Colonel Nicholson, refuses to accept the terms of Saito and demands Geneva conventions to be respected. Saito wants to force the British to be part of the rapid construction of the bridge, which is necessary for the railway to Burma, which is vital for Japanese war effort. The psychological game between the Englishman and the Japanese begins, but Nicholson do not plan to break even though he is locked in a tin cage exposed to the sun. Finally Nicholson has to chance to speak with the man in charge and he explains that the whole construction of the bridge is wrong, it should be moved to further down the river. He agrees to undertake the construction of the bridge, but only if Saito agrees that British officers will prepare the plan and will supervise the project. As a result the construction of the bridge becomes Nicholsonâ€™s honorary duty, but in reality it is cooperating with the enemy.

The film was based on the novel by Pierre Boulle, who himself was a prisoner of war in Malaysia, forced into slave labor. "Death Railway" was actually built in the jungle, on marshy ground in terrible conditions, to connect Bangkok in Thailand and Rangoon in Burma. This story created a very good movie, with very dynamic plot. The matter of conduct and code of ethics is a fascinating element in this movie. The film won seven Oscars, including best music, with the famous "Colonel Bogey". As for me, one of the best war movies. 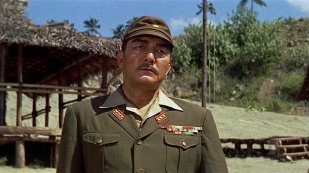 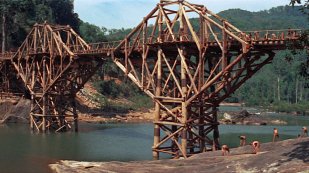 Watch Bridge on the River Kwai

Creators of Bridge on the River Kwai

Cast of Bridge on the River Kwai 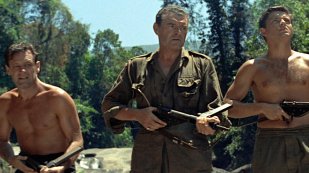