Andrew Becket is a talented lawyer, who works in the well-known law firm, where he has been successful. Only his family knows he is gay and lives with his partner Miguel. But Andrew becomes ill - first it is cold, then pneumonia. Later he finds out that he has HIV. Andrew wants to hide the symptoms of the disease, but when it fails, the company quickly fires him and gives incompetence as a reason. This unfair and absurdal reason makes Andrew puts a lawsuit against his former employers, but no one wants to represent him. Finally a black lawyer Joe Miller agrees to take the case. The process will be long and difficult but does Andrew has a chance to win it?

The first film using AIDS as main plot, but above all it was a very good movie. Shows the fight against intolerance and discrimination based on sexual orientation and fear of terrifying disease. Well played, even small scene where the lawyer hesitates for a fraction of a second before shaking Andrewâ€™s hand, although by then it was known that HIV is not transferred that way. A touching film and intruiging plot. The film has received numerous awards, including an Oscar for Tom Hanks. 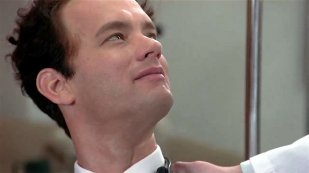 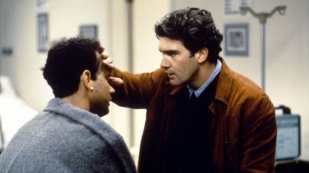 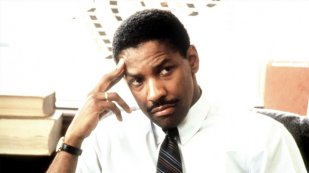