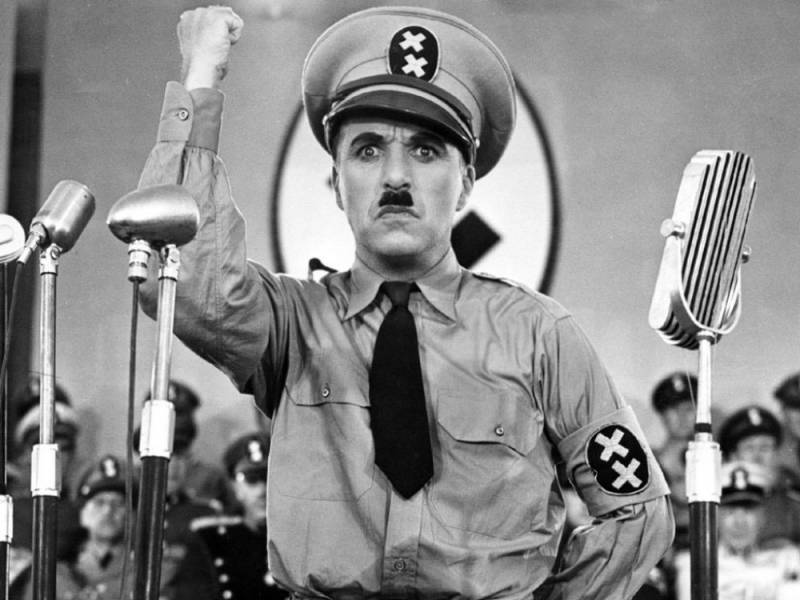 The dictator Hynkel rules the fictitious state of Tomania and prepares with his ally, Benzino Napaloni, an invasion of the neighbouring country, Austerlich. Jews and all dictator opponents are cruelly persecuted. Among them is also the barber, who fought for his country in the last war, but when he returns to his homeland after 20 years nothing is as it was. He opens his barber shop and tries to return to his old life, but the Hynkelâ€™s militia terrorize the Jews. The barber falls in love with the Hannah, a Jewish girl, and when he stands up in her defense against the Hynkel militia they are both imprisoned in a concentration camp. Thanks to the similarity with dictator, the barber manages to escape, but must hide with the help of the ghetto residents.

This film is a sharp satire on Hitler and German national socialism, it premiered in 1940, before United States had joined the World War 2. Some newspapers have accused Chaplin of inciting the war atmosphere in USA, which cause The Great Dictator not to be shown in part of the world. For example in Chicago, where there was large Jewish community, in Spain, where film was shown for the first time in 1975, in Germany in 1998, and in Italy in 2002! But this is Chaplinâ€™s most successful production, which was also a huge financial success. Chaplin in the double role of the barber and Hynkel contrasts drastically with these figures: the dictator behaves hysterically and cynically (perfect parody of Hitler!) and the barber is kind and sympathetic. The only realistic character is Hannah, and her part highlights the Nazi insanity and the spiral of hatred that Nazism began. This film is a masterpiece, great directing, acting, script, music - everyone should know this one! 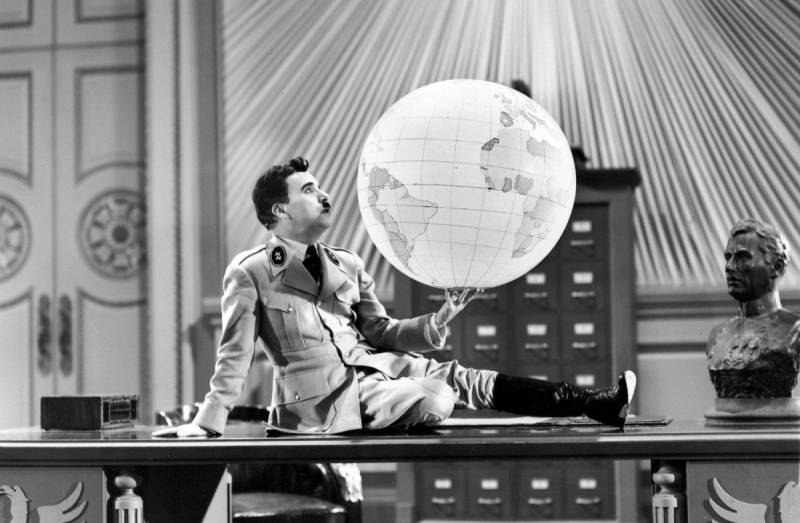 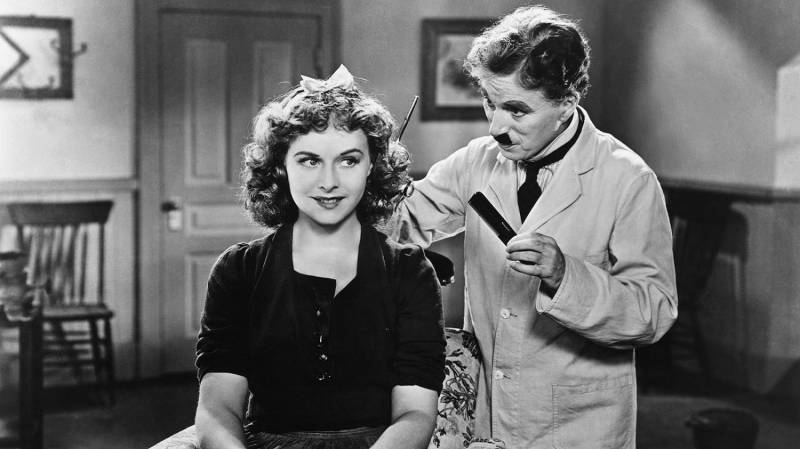 Creators of The Great Dictator

Cast of The Great Dictator 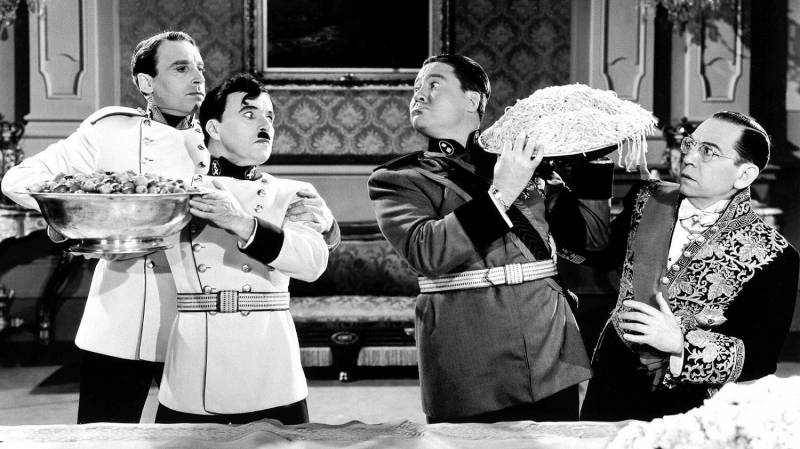 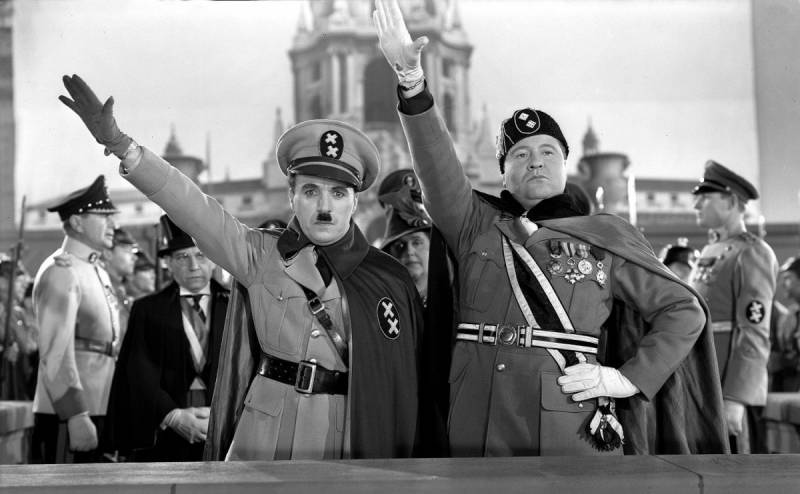 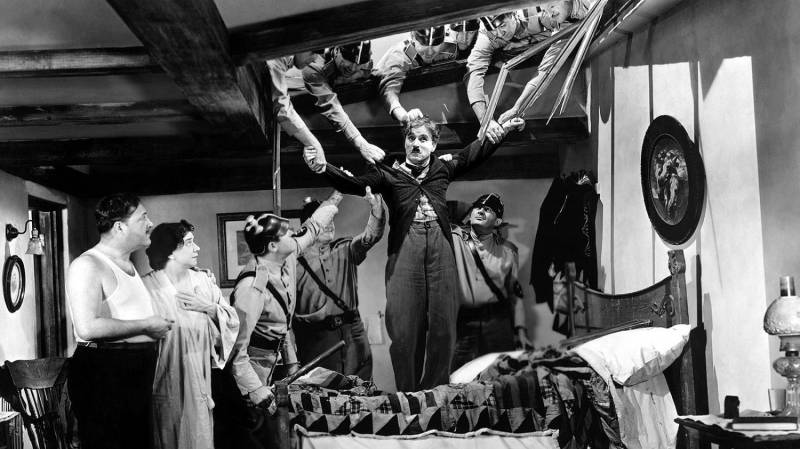 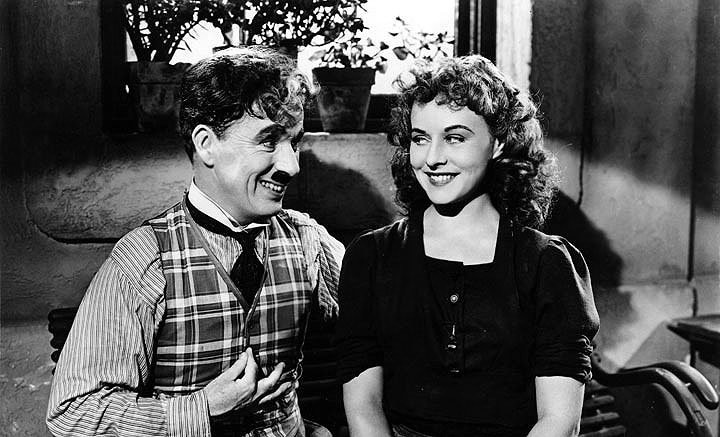