The Middle Ages in areas where death and terror are ruling the countryside. Knight returns from the Crusades with his squire. The squire is skeptical, pragmatic and tied to the material side of life, but the knight is riddled with doubts, disappointments and questions about life, death and faith, which he fears he had lost. In a world where everyone seems to be insane, Knight first meets a priest, who is really a Death in disguise, then a traveling family of jugglers who manage to show him the meaning of love and inspire faith in life. Knight played the famous game of chess with Death (the main theme of the film), in which his life is at stake.

Black-and-white film which reflects the spiritual experience and the transformation characters is impressive. Very good acting (Max von Sydow young!) heightens feelings of anxiety and fear. Bergman, as well as other great directors in the 1950s were the precursors of cinema looking inside human soul and conscience. Over the next decade they initiated the transformation of the whole look on cinema - many well-known artists were inspired by that, from Stanley Kubrick to Woody Allen. If you have not seen any Bergman film that you know nothing about cinema. 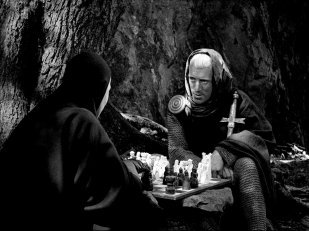 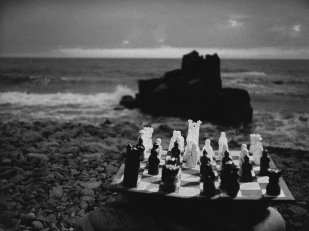 Creators of The Seventh Seal

Cast of The Seventh Seal 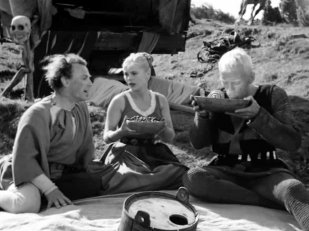