The secretary steals $40,000 from her employer and runs away from the city. Along the way she stop in an empty motel run by a shy young man, who lives with his elderly mother. We do not see her, but we hear her voice. Soon the girl is stabbed to death (the famous scene in the shower!) and the motel is visited by the private investigator looking for her. He is also killed and after the dramatic events, two other detectives discover the truth about this place.

Out of so many films from Hitchcock this one was the biggest commercial success. The directing is a perfect, but also it is a classic psychological study. Weak and immature man, tormented by his mother, raised without a father, hates women and can possess them only in one way. In those days, the brutality of the film exert a great impression on the audience. The innovation of the film was that the main character dies in the first half of the film. Murder scene, which lasted only 40 seconds, was recorded in a week, its structure was first described in the storyboard pictorial. The film received seven Oscar nominations and was followed by four films based on the idea. 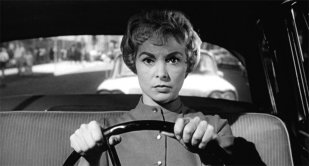 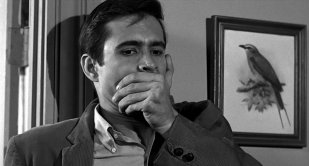 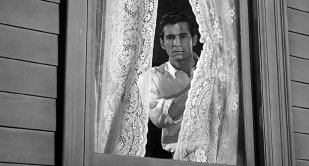 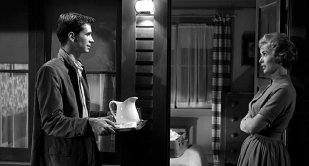