Businessman Edward Lewis comes to Los Angeles for a business meeting. Accidentally he meets a prostitute Vivien on the street, and asks her to spend the night in the hotel. Vivien, on closer examination, turns out to be an intelligent and natural girl, completely different from people he knows. He invites her to stay for a whole week, during which they both get to know each other and begin to change their approach to the whole situation. Edward came to Los Angeles to buy and liquidate the company Morse, who is in trouble, but under the influence of Vivien he is changing his decision and begins to shape up the company. And finally, of course, a great love.

The story of Cinderella, but modern one, very well played and filmed. Also great songs, which became hits, regardless of the film. A little satire on contemporary materialistic and deceitful world. 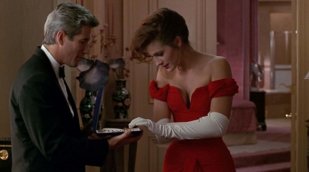 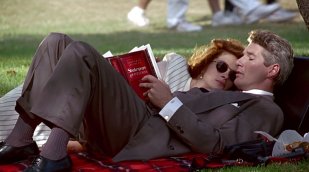 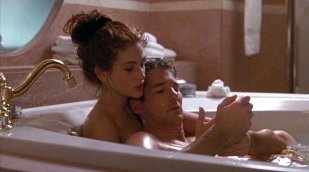