When another branch of industry is hit by economical crisis the steel mills in Sheffield are shut down and most of the employees are laid off. Two of those former steel workers Gary Schofield and Dave Horsefall are stealing the scrap-metal from closed factories to make some money, especially since Gary has to pay child support to his ex-wife. When local club organizes the Chippendales show the women from the area go crazy and spend money on the tickets. Gary comes up with the idea to form similar group with other unemployed and make some quick money. But what seems like very easy proves to be much more complicated.

Comedy drama about unemployed Sheffield steel workers that are desperate to make some money and the way they found is original... but tricky. We see all the things they have to overcome to make the show possible. But the comic layer of the story is mixed with the drama of unemployed people that see no future in front of them and no hope that anything will change. It is a bitter-sweet story that will remain with viewer for a long time. 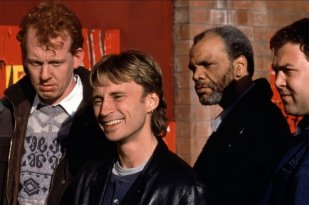 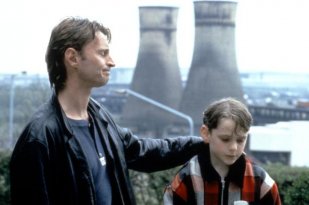 Creators of The Full Monty

Cast of The Full Monty 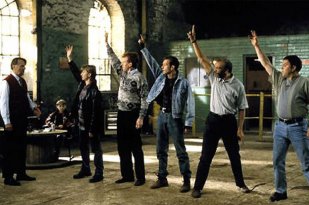 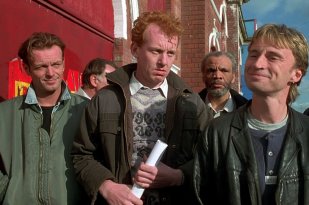