Film is from a verge of science fiction - tells the story of faked expedition to Mars, which was to take place, but due to technical defects could not be realized by NASA. Itâ€™s just that they did not tell the public about it nor the astronauts. Instead of Mars, the crew is sent to the desert somewhere in Ameriac, while the television broadcast "live" the take-off. However, one of the scientists in the control center, which began to suspect something, simply disappears, and his friend, journalist, tries to find out what is happening. Later the astronauts watch "their own" return from Mars, during which the ship is destroyed. Now they know that they must fight for their lives.

Very interesting film, a good thriller, lots of beautiful desert landscapes, and the tension that lasts until the end. The film was made almost 10 years after the successful landing on the Moon, and raised a discussion about the possibility that also the Moon landing was mystification. But in general itâ€™s good entertainment cinema, well written and executed.
Google Translate for Business:Translator ToolkitWebsite TranslatorGlobal Market Finder
Turn off instant translationAbout Google TranslateMobileCommunityPrivacy & TermsHelpSend feedback 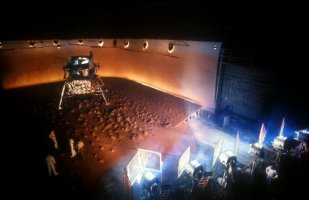 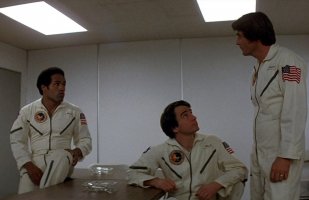 Creators of Capricorn One

Cast of Capricorn One 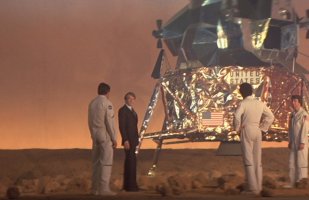 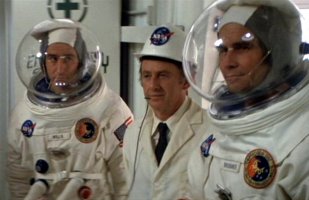