The film tells the story of young Englishman, a writer, who wants to open the leased mine on Crete and man he met on the way to the island - an older man with a interesting past - Alexis Zorba. Englishman employs him as a supervisor of the mine. In the film we see the friendship of the two people, the mentality of the local inhabitants, but above all dominates Zorbaâ€™s philosophy of life - optimism and joy of life. Zorba often cites various proverbs, and his philosophy of life can be reduced to the slogan: "Enjoy every moment, because life is only one". Zorba is a free man, living in close connection with nature, undergoing its laws, and he draws the joy from everything that surrounds him. Any failure he sees as temporary drawback, everything he can express in the music, dance and singing. This is a great optimist, sensitive and devoted friend. Unique, beautiful, smart, colorful character. Eespecially towards the women - slightly macho-like, but when he loves he gives himself completely, regardless of the costs. Another disaster or failure in a mine causes only smile on Zorbaâ€™s face, because tomorrow will be better.

The film received many awards (three Oscars) and nominations. Filmed in excellent scenery, great actors - Anthony Queen as Zorba played the role of his life. And above all the music of Mikis Theodorakis - the music can not be forgotten and it fits perfectly into the mood of the film. The movie is an adaptation of Nikos Kazantzakisâ€™s novel of the same name - the confrontation of mentality of standoffish Englishman and lively Greek could not have been made in better way. 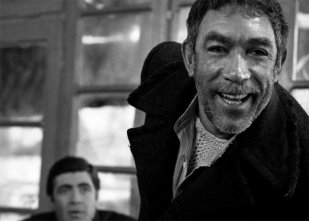 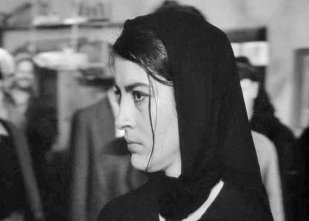 Creators of Zorba the Greek

Cast of Zorba the Greek 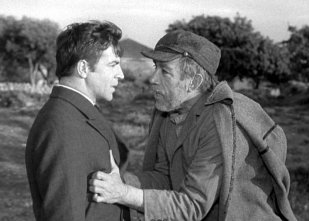 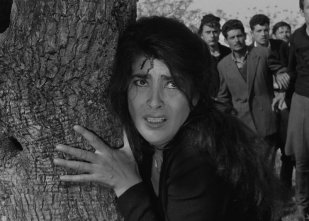