The main characters of the film are the widow named Pina, who soon will marry again, the priest Don Pedro and communist engineer Manfredi, the leader of the Roman resistance. Their fates intertwine during the nine months of the German occupation of Rome, announced "open city" because of the Apostolic See, followed by the bombing of the San Lorenzo district (June 1943) and the terrible massacre of the Ardeatine Caverns (March 1944). Manfredi has to hide, priest and Pina are helping him. Pinaâ€™s fiance is captured, and while she runs after him she is shot in front of a little boy. The priest, arrested and tortured by the Gestapo, is put in front of a firing squad, and Manfredi is tortured to death in the presence of a priest, who casts a curse on the oppressors. Despite the death of the three the struggle of resistance continues...

The film sparked a huge debate, both on the aesthetic and politic level. Itâ€™s about rebirth of Italian democracy after the fall of Mussolini. The characters were based on real people that fought in Rome. Rosselini was accused of conformism, the fact that the he accused Germans of everything, and ignored the Italian fascists. However, this is outstanding film, arousing emotions and even some critics say that "Cinema history is divided into before and after Rome, Open City". 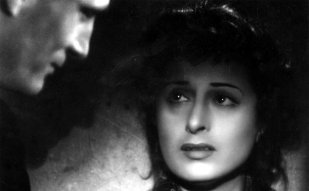 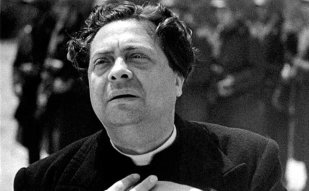 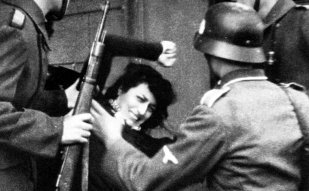 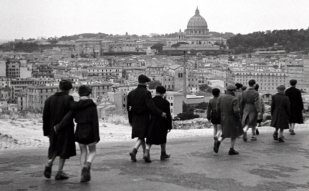