1920s in China. Songlian, a student at the university, having financial problems after the death of her father, agrees to become the fourth wife of a rich man Chen. Quickly realizes the privileges reserved for four wives. She learns that red lanterns light up only in the house where Chen sleeps that night and the main pleasure for the wife is a foot massage due to her before that night. But from the very beginning she meets the inhospitality from other wives. Her wedding night is disrupted by the third wife. The first wife is older and distrustful, the second smiles all the time, but there is no trust behind that smile, and the third was a singer, and is the mother of Chenâ€™s only son. The atmosphere of secrecy and hostility deepens when Songlian learns that Chen is having an affair with his personal maid. Songlian begins to react nervously to the situation, she fights with the third wife and then the first wife dies. Songlian starts to drink, and reveals a secret of third wife, who is having an affair with the house doctor. For that affair she is killed, and guilt pushes Songlian to verge of insanity. Soon Chen takes a fifth wife.

This film met some resistance in the China and even was censored, while it won the Silver Lion at the Venice Film Festival and was nominated for an Oscar. Film showed the world the beauty and talent of the main actress, but it was the first major success of the director of the so-called "fifth generation" - a group of directors who showed the world the Chinese cinema, and won many awards. 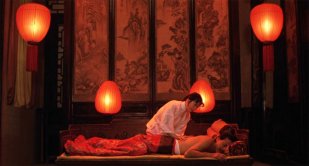 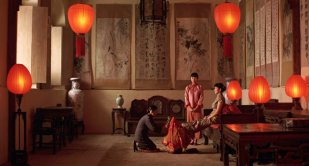 Creators of Raise the Red Lantern

Cast of Raise the Red Lantern 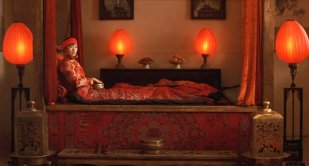 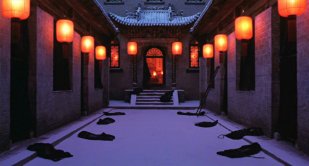