Group of American tourists arrive to Paris, but Paris of 1960s isnâ€™t the city full of old buildings anymore - modern achitecture is surrounding them everywhere they go. Instead of old cafe or bars there are modern interiors with futuristic gadgets for the workers and the guests. At the same time Monsieur Hulot arrives to one of those modern buildings - he has an appointment in one of the many offices, but gets lost in this maze of glass and steel. In the evening new restaurant is about to open for first time, even though there are still some tiny glitches with equipment. And chairs. And doors. And the decorative elements above the bar. And the little lights that should highlight the steps. And the kitchen...

The comedies of Jacques Tati have the very special style - very limited dialogues, the slow pace, the subtle humor, the tiny details that put together build a funny moments. And Play Time was his magnum opus - he worked several years on this project and spent all the money he got on finishing the film - at the time of premiere it was the most expensive French film in history. But the final effect is really amazing. It all starts rather slow with scenes put together without much story or even links between them, but the culmination of the story, the part that takes part in the restaurant proves Play Time is a masterpiece and the jewel in the crown of Jacques Tati. It is one of those movies, similar in a way to Koyaanisqatsi, which seems to have no order or meaning, but you just canâ€™t stop watch it and at the end it all makes a perfect sense. It isnâ€™t comedy for everyoneâ€™s taste, but is definitely worth to know. 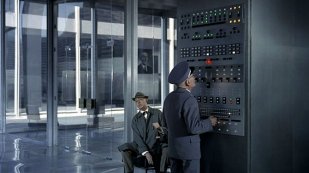 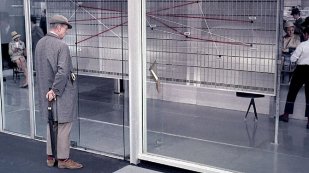 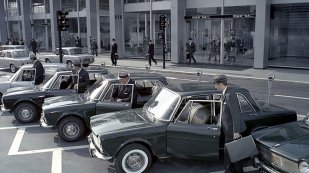 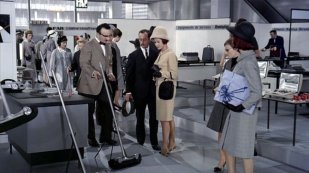 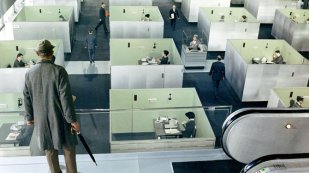 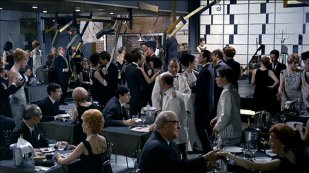