The film is set in the 17th century Japan at the palace of one of the feudal lords. Hanshiro Tsugumo, samurai who, according to the samurai code has covered his name with shame, is preparing to commit the ritual harakiri. Opposite him sits a high rank clerk, who wants to make sure that Hanshiro treats his decision seriously. He tells him the story of ronin, Chijiiwa Motome, who came here a few months earlier for the same purpose, and his visit ended with a horrible bloodbath. Hanshiro begins his story, which shows that he knew Motome, and the whole story is more complicated than it seemed - he asks the question if honor of the samurai is more important than his obligations to the family?

This movie theaters attracted many spectators lining up in the queues. The question is whether the success of this picture lies in the curiosity of man disemboweling himself or maybe it was the triumph of artistic cinema? This is a question for the sociologists, but the film is unique and everyone should watch it, even just to learn how the Japanese customs were far from the Western world ones. There is also a drastic criticism of the samurai code. The film was made in the form of ancient art, it is ballet and pantomime and interesting story. But most of all it shows the reality of feudal class society, the samurais and peasants. This is an exceptional movie, although not the easiest to watch. His remake of the 2011 film was much worse. 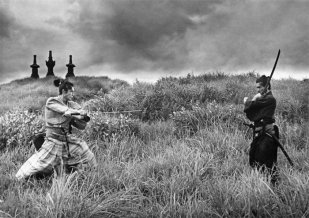 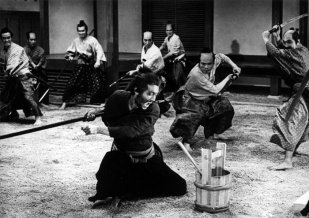 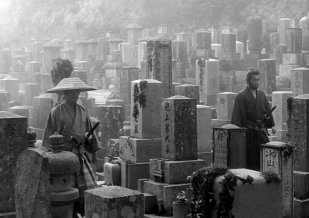