Erin Brockovich is unemployed mother of three children, she has no money or education. During the trial of car accident, in which she was involved, a lawyer representing her loses the case. However, she forces him to hire her in his office. Initially treated as a curiosity, especially since the way she dress and speak are from a different world. But soon she gets the case related to the pollution caused by a huge company. She goes into the field and meet the people who suffer and die from polluted water. Erin collects evidence and convinces the lawyer to take this case into the court.

Very good movie, with good cast and, despite the very serious matters that its describes, presented with humor and comic elements. For the part of Erin Julia Roberts got an Academy Award and many other awards and honors. The film is based on facts - the biography of an American environment activist. 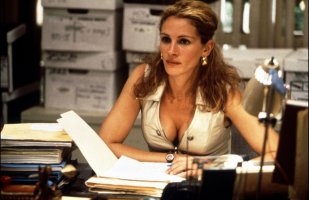 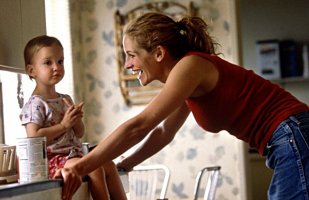 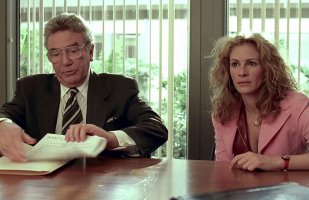