The story takes place on the streets of New York, and in fact it was filmed on those streets. Two rival gangs: the Jets (white Americans of Jewish, Italian or Polish descent) and Sharks (Puerto Ricans). After a few minor and major battles they decide to set up a final clash, but "fair" - without the use of any weapons. but in this story there is also a romance between Tony and Maria that belong to the opposite gangs, in addition Maria is a girlfriend of a gang leader. Dramatic events take place...

This film is a modernized version of Romeo and Juliet in the reality of American suburbs of the 1950s - a musical about two young people who fall in love despite the fact that they belong to two gangs fighting each other. Some believe that it is the most famous musical of all time: it broke the tradition and moved the story to the streets, while translating Shakespeareâ€™s drama into a brutal gang war and multiculture of New York City. This is the first musical that felt "real", not just another sweet love story. Excellent choreography, the songs "Maria" and "America" are still popular today. The film received 10 Academy Awards. 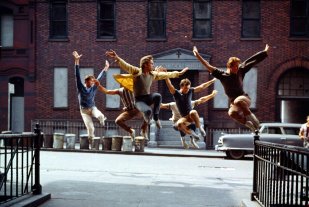 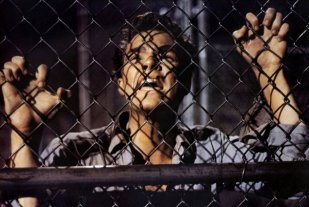 Creators of West Side Story

Cast of West Side Story 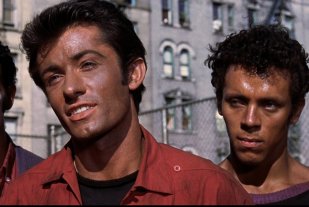 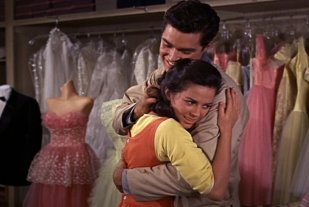