Civil servants from different departments meet in one of the government building for unusual purpose. Until 1960s such meetings, or rather exercises, were held annually. They are here to play a 3-day game, an unusual game - each of them will play the role of the minister, head of its department, and decide what should be done in case of the hypothetical scenario that will be put in front of them. During Cold War it the effects of those exercises were used as guidelines for the government in case of the nuclear war, but now in 2014 they have no idea what the scenario will be. The secretary shows them the fictional events that took place according to their copy of scenario. Nuclear bomb has exploded in India, there are many dead in Mumbai and Pakistani organization has taken the responsibility for that attack. The officials gathered in a room take the usual precautions, like increasing the controls on borders, evacuating the embassies from the area, suggest British citizens to return home and many other usual steps. The first day of the exercise they finished in about 20 minutes, but when they meet next day the next part of the scenario the further events put both India and Pakistan on verge of nuclear conflict, which rises the question everyone would prefer to leave open - should United Kingdom take side and, if necessary, make use of its nuclear weaponry.

Film based on true story of War Book exercises that helped United Kingdom during Cold War to have guidelines for every scenario. Renown British writer Jack Thorne moved the story of his film to year 2014 to put the question what is the future of UK during the potentially nuclear conflict on the other side of the globe, when the borders of Great Britain are not directly under attack. This great idea could have lead to a gripping drama similar to 12 Angry Men or God on Trial - 8 people locked in a small room have to decide over the future of whole country. Unfortunately War Book fails to be even remotely gripping - we have here group of people, each with completely uninteresting background or even without one, weird subplots that lead completely nowhere and have very little to do with the main story, not to mention the final scene with argument over use of nuclear weapons that is... well, laughable really. Great idea that got lost somewhere in the process. 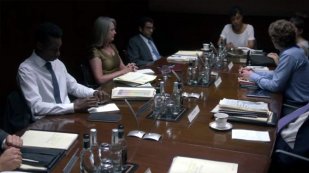 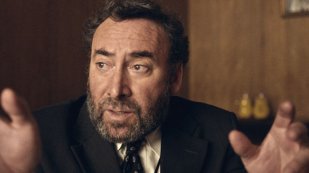