Jack and his family have moved to the hotel located in a remote area in the mountains. Out of season the object is completely deserted, and Jack is hired to look after it. Jack, however, has problems with himself, trying to recover from alcoholism and to start writing a novel. After heavy snowfall the house is completely cut off from the world. Soon Jack and his son Danny begin to see ghosts that inhabit the hotel. The atmosphere inside and around the building begins to influence behaviour of main character, who slowly sinks into madness and becomes dangerous. Particular the informations that previous keeper of this building in a fit of madness killed his wife and two daughters with an ax and later he shot himself, seems to have great impact on Jack, who starts to behave stranger every day.

The film based on the novel by Stephen King. Very well filmed, with no special effects, but simpler solutions (eg. mirrors) giving the equally moving impression. Jack Nicholson, gradually turning into a madman, is great. Very good music, classical and avant-garde, enhances the atmosphere of horror film. "The Shining" is considered by many as the best horror movie of all time. 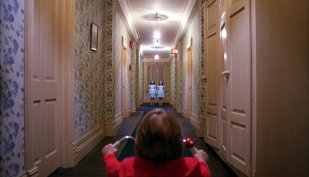 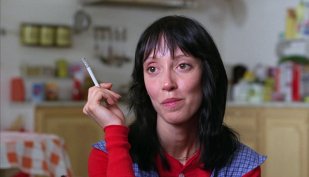 Creators of The Shining

Cast of The Shining