The Grand Budapest Hotel was the place in Republic of Zubrowka where wealthy people could spend some time surrounded by luxurious interiors and ever obliging staff under the supervision of legendary concierge Monsieur Gustave. The between wars era has changed everything in life of Gustave - one of the rich and aging clients that he entertained, Madame Desgoffe, died in mysterious circumstances and he became the prime suspect since he was mentioned in her last will as the inheritor of very valuable painting "Boy with Apple". Gustave steals the painting and hides it in the hotel. Soon he and the hotel boy Zero Moustafa, who helped him, are arrested and sent to jail. Gustave has to use his connections to get out, but there are things going on in Zubrowka that will change the whole world of Monsieur Gustave.

Comedy made as tribute to Austrian filmmaker Stefan Zweig, the film imitates the now considered oldfashioned style of old comedies. With great cast and very methodical composition and narration the film is remarkable achievement on the visual side, unfortunately the story is weak point of the whole production - although it is pleasure to watch The Grand Budapest Hotel it contains rather limited amount of content. 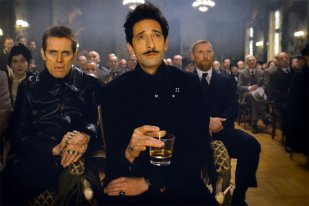 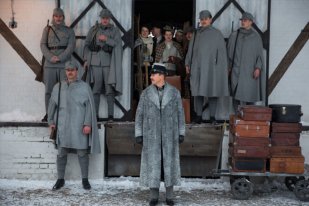 Creators of The Grand Budapest Hotel

Cast of The Grand Budapest Hotel 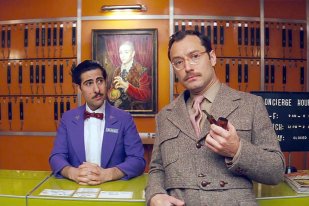 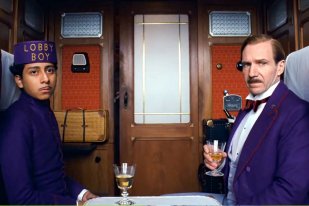