Moscow during World War 2, in Soviet Union called the Great Patriotic War. Veronica and Boris are in love, but Boris feels compelled to volunteer for the army. Veronica by accident misses the train and the last chance to say goodbye to her beloved. Empty days, weeks and months go by, lonely Veronica breaks down when her parents die. On the insistence of Borisâ€™ brother, Mark, Veronica agrees to marry him. But she is not happy, constantly thinking about Boris and still in love with him. Every day at the train station she is waiting for the army units returning from the front. At the same time the film shows the tragic view of life behind the front, dealing with everyday problems during the war, the fight against hunger and poverty.

Anti-war film deals with the dramatic experiences of main characters. Great performance form Tatyana Samoilova, who later starred in many filmst, but never again so movingly and convincingly. The image is filled with allegorical scenes, even the title key cranes at the beginning and end of the film. The film was made on the basis of Viktor Rozov play, and as one of the few Soviet productions gained worldwide publicity and also received an award at Cannes. 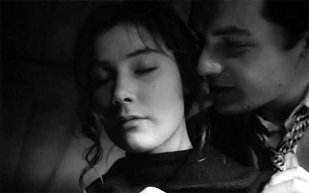 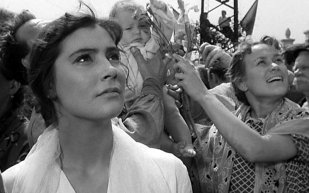 Watch The Cranes Are Flying

Creators of The Cranes Are Flying

Cast of The Cranes Are Flying 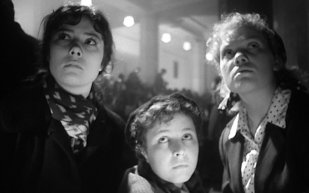 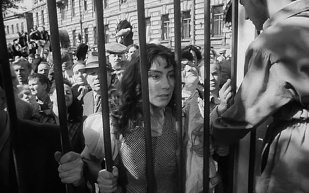