The beginning of the 20th century in the deep south of USA, where the slavery isnâ€™t yet forgotten. Black woman Celie is constantly raped by her father, gives birth to two children, who are taken away from her. Celie becomes married to a farmer Albert, who needs cheap labor to work at his home and take care of his three children. Celie is there treated like a slave - abused and humiliated. Albert brings home his mistress, singer Shug to further humiliate his wife. But Celia and Shug unexpectedly befriend and with Shugâ€™s help Celia discovers what is the dignity of women and that women also have their right to self-defense. Subsequent years describe the gradual maturation of Celia to leave her husband and complicated and difficult fate of her loved ones. At the end of Celia learns about the fate of her children that were taken away from her.

Intelligent movie with amazing acting from a pair of actors later known mostly for comedy movies: Whoopi Goldberg and Danny Glover. The film is based on the novel by Alice Walker, for which she won the Pulitzer. Moving, even if the modern woman is not able to understand the Celiaâ€™s long-term acceptance of her fate. 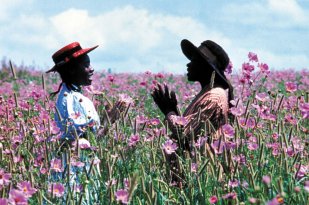 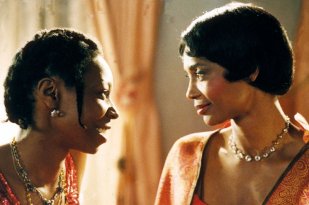 Creators of The Color Purple

Cast of The Color Purple 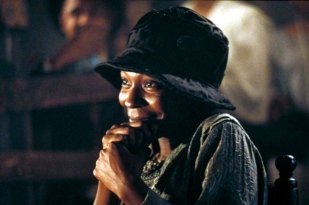