October 21, 1994, three students Heather, Joshua and Michael went to the Black Hills forest in Maryland with the intent to make a documentary about a local legend - the Blair Witch. The expedition was preceded by interviews with the residents of Blair about the witch that prowled the area in year 1785. After the interviews the students went into the forest to see for themselves if there is any truth in the legends. The whole group disappears without a trace. A year later an abandoned film tape is found that documents the harrowing trek through the forest and the events that led to the disappearance. The mood of danger is present in this film from the first to the last minute, extremely real despite initial skepticism of the three characters.

The film was made with an amateur camera and was advertised as authentic record of student trips to the forest and so indeed it was but... We believe that what we see on screen, is a record of real events that ends badly for his characters. The main actors are almost amateurs, unknown before that movie. Even the main characters were given the names of the actors that played them. The buzz created around the film resultes in hysteria that brought the audience to the cinema and the creators earned $200 million on production that costed tens of thousands and was made in a week. Of course there are some flaws in the project - the plot is very simple, the acting is not very impressive, but still it is one of the finest examples that great idea is far more important than big budget. 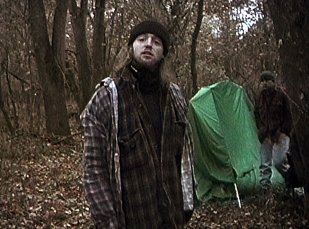 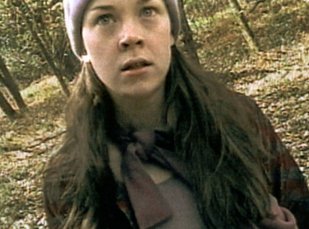 Creators of The Blair Witch Project

Cast of The Blair Witch Project 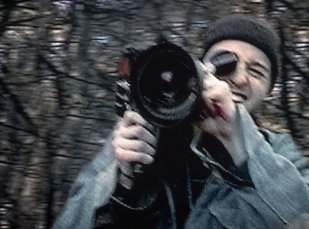