Mitch visits the shop wanting to buy a pair of lovebirds for his sister, but unfortunately the shop currently has no such birds. In the store he sees Melanie, whom he had met before, but she does not seem to remember him. Intrigued by his behavior Melanie orders the lovebirds, finds his address and she drives to deliver them to his home on the island, where he lives with his mother and sister. Along the way, you can see an idyllic landscape, but a few birds behave in an unnatural way. During the ferry Melanie is attacked by a seagull, in which no one wants to believe her. But the birds are getting more aggressive and more attacks occur. Panic breaks out in the town.

One of the many thriller directed by Alfred Hitchcock. The film was based on novel from Daphne du Maurier, Hitchcock often reached to the prose of that author. Well done, the tension rises to the last minute, every detail is important in the film. The movie was made in the pre-computer times, hence all the scenes of birds have been recorded with more realistic way and it makes a big impression. I think itâ€™s the best film of Hitchcock, better even than the famous Psycho. 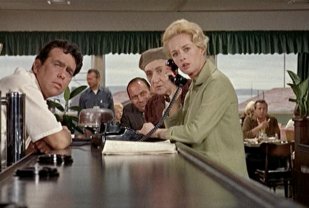 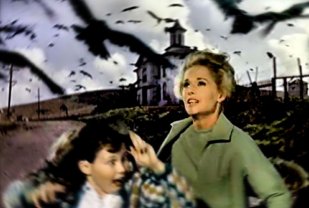 Creators of The Birds

Cast of The Birds 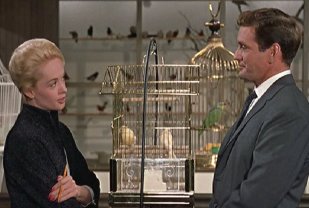 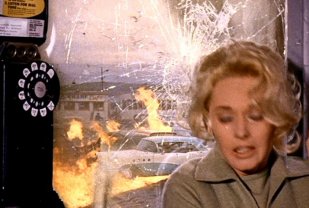