Travis is a taxi driver in New York. He drives the cab in the night shift because, due to experience in Vietnam he suffers from insomnia. Driving through the streets he meets the all the shady characters that appear after dark - hookers, their pimps, drug dealers and criminals. Disgusted by the filth he sees every night he feels someone should do something about it. He buys a whole arsenal of weapons and as the first step he kills a pimp of 13-year-old prostitute Iris and returns her to her family. Iris was the first shocking role very young Jodie Foster. Travis meets Betsy, who works on the campaign of a local politician. He sees her as the perfect beauty, but for date he takes her to porno cinema and Betsy breaks off all contact with him. Travis then changes his appearance and loaded with weapons prepars to kill the Betsyâ€™s employer.

This is one of the iconic films of 1970s, which glorified the use of force as a mean of resolving conflicts. Ordinary people go vigilante to serve the justice or defend themselves against the dark side of the world. Great performance from Robert De Niro, a man who wants to fight the evil in the world, but he cannot cope with evil inside of him. The atmosphere of the movie - the chaos and all the filth - at that time the film was too drastic, bloody and exaggerated. This film began a long collaboration of Robert De Niro and Martin Scorsese. 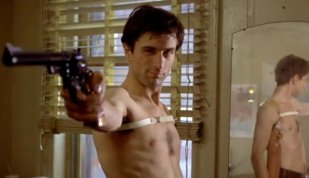 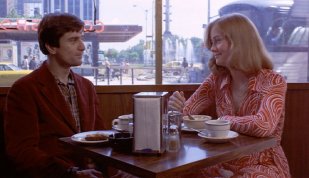 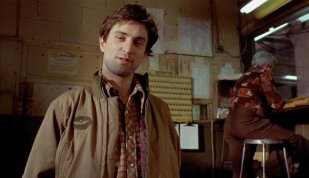 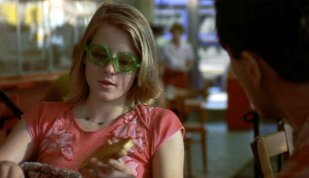