Young man Charlie Babbitt learns of his rich fatherâ€™s death. Counts on the large inheritance he suddenly learns that he has an older brother, Raymond, whose existence was a complete mystery to him. It turns out that in fact Raymond will inherit all the money. Raymond has autism and is locked in the care center. Charlie kidnaps his brother and tries to persuade him to give him part of the inheritance the he should have received. During the long car journey through the States (because Raymond is afraid to fly on a plane), the two brothers begin to know each otehr and get closer. Raymond does not have a normal ability to communicate, but his math skills are extraordinary and he is very sensitive. Charlie slowly turns from materialist into a decent guy, who begins to care about his brother.

The film is primarily a great performance from both main actors Tom Cruise and Dustin Hoffman. Hoffman, as usual, perfectly prepared for his part, but this time Cruise keeping up with him. Also great music is underlining the mood and plot of the film. End of the film is not typical Hollywood happy end, which in this story would seem insincere. 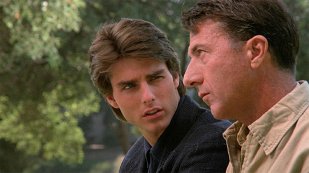 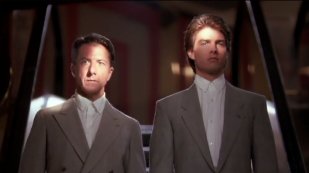 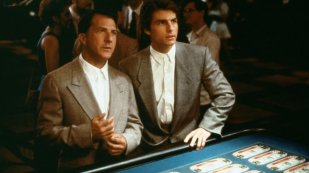 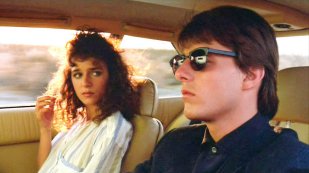