Maggie Fitzgerald dreams of winning the championship in womenâ€™s boxing. She would like to train with retired coach Dunn, who is initially reluctant, but then notices that she has a real talent and begins to work with her. Maggie begins a murderous training and in subsequent fights beats the opponents. But next fight is changing her entire life. In a duel with a German woman, and with the participation of the judge, Maggie is a seriously injured.

The film is a dramatic and unpredictable, shows in quite realistic way the boxing matches, but the most important things in this production are the great performances from leading actors. The second part of the film forces us to deeper reflection and provides exceptional emotions. The film won four Oscars and 3 nominations. In addition, raises the issue of euthanasia. Besides, directed by Clint Eastwood, who won fame as an actor mainly in action movies, but as a director is excellent. 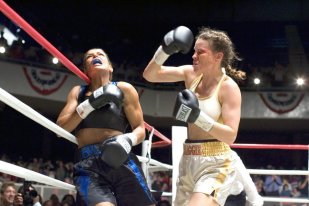 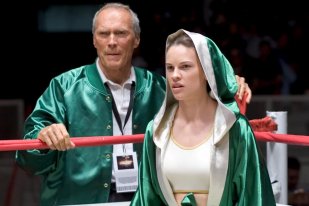