Each week wealthy publisher Pierre Brochant, together with his friends, organize a special dinner. Each of them invites a guest and they bet who brought a biggest loser. They have people, kind of scouts, who search the whole country seeking the most hopeless idiots they can find. This time Brochant was given a name of a special idiot - shy Ministry of Finance employee FranĂ§ois Pignon, who spends his free time making models out of matchsticks. Brochant is eager to meet him, so he invites him to his flat on pretens that Brochant could publish a book about the matchsticks models. Unfortunately when Pignon shows up it seems that they wonâ€™t be attending the dinner afterall, since Pierre hurt his back on the golf course. But when Brochant sees that he has a sure winner in front of him he is prepared to sacrifice the pain and take Pignon to the dinner. Brochantâ€™s wife, who doesnâ€™t understand her husbandâ€™s devotion to this cruel game is thinking about living him for good. In that tricky moment FranĂ§ois Pignon begins to share his special kind of idiocy with the world and especially Brochant himself.

Great bitter-sweet comedy in which the tough moment in life of publisher Pierre Brochant clashes with the natural idiocy of FranĂ§ois Pignon creating one funny scene after another. Great cast and superb script (based on the play) that manages to keep real all the stupid things that are going on in the flat of Brochant. Definately not one to miss, but whenyou see it once you will come back to that title! 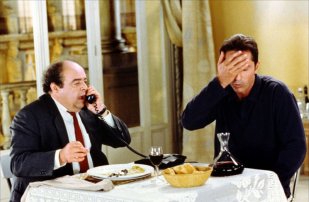 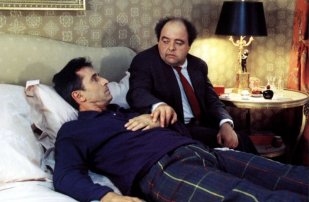 Creators of The Dinner Game

Cast of The Dinner Game 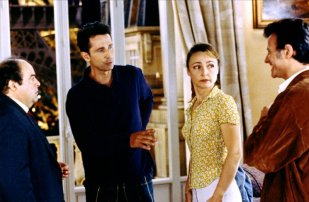 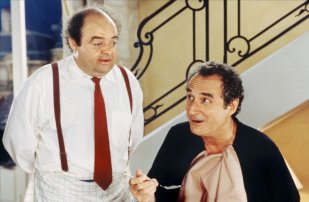 Trivia about The Dinner Game