Gelsomina is poor, slightly retarded. She was sold by her mother to a street artist, she becomes the property of a strongman Zampano and she performs with him as a clown. Ther travel around the small towns giving the shows. Abused Gelsomina in spite of everything falls in love with the strongman, but to him she is just annoying. Soon the girl meets Il Matto (Crazy), which suggests that perhaps Zampano treats her badly, because he loves her. The plot is set around the emotions of those three characters, but this is not a simple sequence of events, but rather a reflection of the complex feelings and needs that the characters are not even aware of.

The film, directed by Federico Fellini, is neorealistic drama and Oscar winner for Best Foreign Language Film. The strong point of the film is the scenography - unique are black-and-white filming style and emotional music. This is an exceptional movie, but difficult in perception, just like the rest of Fellini films, but as once Martin Scorsese stated - without this film and Anthony Quinn as the inspiration most of his own movies would probably never be made. 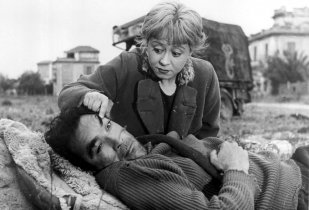 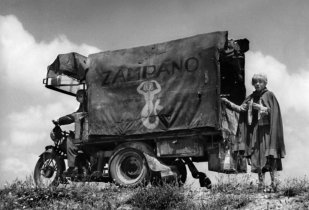 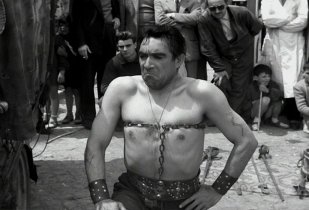