Young social worker Rika Nishina is assigned to Tokunaga family living in a house in district of Nerima in Tokyo. Previous social worker, who was visiting that family has mysteriously disappeared and Rika is visiting the house to find out what is going on and check on the family. Inside the house she finds only the elderly woman, Sachie, that she should take care of. Sachie is in a poor state, she looks like she is in almost catatonic state, but rest of the family is nowhere to be seen. Rika hears some strange noises nearby, but finds it was only the family cat. While she looks around she finds a young strangely looking boy hiding in the closet. She phones her boss for help and later she witnesses how ghost of a woman hangs over Sachie and drains life out of her. Rika faints and soon later is found by her boss, Hirohashi. He also contacted the police and now detectives Nakagawa and Igarashi are searching the house and find two bodies in the attic. It looks like they are Katsuya and Kazumi, son and daughter-in-law of Sachie. In the evening Hitomi, Kazumiâ€™s sister, prepares to leave her office and spots something weird going on in the bathroom on 10th floor of the building. She runs away to the security guards office and waits there while the guard checks the corridors. She sees on the the CCTV monitors a strange phantom emerging behind the guardâ€™s back. She runs away from the building and returns home, but she still is not safe.

Japanese horror that started long series of J-horrors and their American remakes. Written and directed by Takashi Shimizu Ju-On: The Grudge redefined the horror genre offering non-linear storytelling that left some of the viewers confused, but there are moments in the film that most of them will remember forever. Gripping horror that creeps up on you and never letâ€™s go. 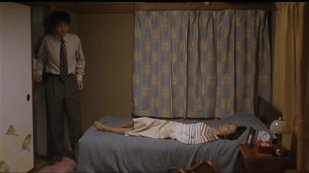 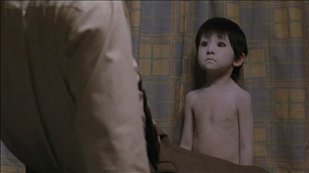 Creators of Ju-On: The Grudge

Cast of Ju-On: The Grudge