Johnny Got His Gun 1971 film review

During World War I Johnny is a young American boy, he has a girlfriend whom he wants to marry, but as a volunteer he goes to the war to live up to the principles of democracy. Unfortunately bomb injures him very heavily: he has lost limbs, eyes, mouth, tongue and nose. The hospital manages to keep him alive, although the doctors do not believe he has consciousness. Meanwhile, Johnny hears, his brain is stll active and he remembers everything. Large part of the film is filled with his reminiscences - memories of his past. He begins to notice a warm ray of sunshine and cherish the loving care of one of the nurses, he learns to use Morse code to communicate. But doctors and scientists do not leave him alone, planning to take him away and use him for experiments. In this situation, all Johnny asks for is death, but the scientists do not intend to kill him yet.

Film drastic, with strong anti-war overtones, shocking in its simplicity, at the same time beautiful and very sad. After watching this film it is hard to forget it. Interesting way to presenting the reality in black-and-white, in contrast to the colorful memories, underlines the way minds of Johnny is working and also film raises the arguments for the euthanasia. The film was considered so controversial that in some countries the access to it was very limited and the book that it was based on was never released. The band Metallica use a lot of scenes from this movie in their videoclip "One" and thus reminded viewers about this film lately. 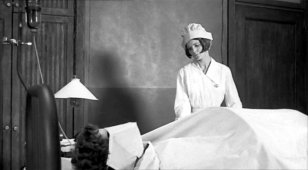 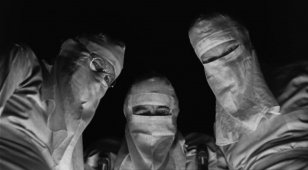 Watch Johnny Got His Gun

Creators of Johnny Got His Gun

Cast of Johnny Got His Gun