Gone with the Wind 1939 film review

The main character of the film is Scarlett Oâ€™Hara, independent, stubborn and capricious young woman (the events in the story take place in about 12 years). Scarlett was raised in Tara, the estate of her parents. She fell in love with Ashley Wilkes, but he married a gentle and quiet Melanie. To spite Ashley Scarlett marries Melanieâ€™s brother. In the meantime, she meets a charming audacious Rhett Butler, who has a bad reputation and clearly shows his attention towards her. The Civil War begins, the men leave their homes and move for the front, Scarlett and pregnant Melanie move to Atlanta (by then Scarlett is a widow with a child). When the Yanks besiege the city, Rhett manages to sneak the women out of the burning city, they move back to Tara. But there awaits them only poverty, hunger, Scarlettâ€™s mother has died and her father after losing his wife lost his mind as well. Scarlett herself must take care of everything, working hard she do not intend to let go of the estate, although she has to go as far as murdering Yankee soldier to keep it. But when she has to pay high taxes she seeks refuge among friends in Atlanta, she seizes the opportunity and advances into fraud by marrying fiance of her sister, who has a some money and can save Tara. She begins to take care of business and shows some shrewd commercial sense, which seems absolutely improper for a lady from the South. But Scarlett had inherited impulsive character from her Irish father, and lifelong she broke all conventions and proceeded at her own discretion. Soons he became a widow for the second time and then marries Rhett, who was present all the time in her life, watched over her, but the two never seemed to understood each other, because despite the mutual attraction they constantly hurt each other with words and actions. It has not changed that even when their beloved daughter died.

The film perfectly captures the period of the Civil War, the mood of people, mainly from the point of view of southerners. We see the disastrous fate of the Confederate army, the collapse of the economy and lifestyle of the American South. This war is the collapse of the endless cotton fields, rich farmers and their estates. Itâ€™s the end of an era for American South, although the views and prejudices, especially racial, survive even today. As usual in such changes of the historical nature part of the southerners will never change despite the poverty, some will begin active life in the new reality, people will be admixed with the flow from the North Yankees - winners who create a new class of nouveau riche. Old South remain so truly alive only in the memories, but never to be reborn.

Vivien Leigh, English actress, chosen after a long search for the role of Scarlett from many candidates, is exactly as in the novel - a woman not necessarily beautiful, but full of charm and femininity, aware and carefully using it, intelligent, but unhappy because she os constantly chasing a dream rather than see the one, who wants and knows how to make her happy.

The screenplay was written based on the novel "Gone with the Wind" by Margaret Mitchell, to which David O. Selznick bought the rights for a record at that time sum of 50,000 dollars. It was the only novel by the author, though Selznick tried to convince her to write a sequel called "The daughter of Scarlett Oâ€™Hara". Margaret Mitchell herself came from the South, and in 1949 at the age of 48 she died in a car accident in her native Atlanta. Production of the film cost $ 4,000,000, which at that time was the astonishing sum, but the incomes were many times hight than that. The brain behind that film was Selznick himself, changing screenwriters and directors at will. Impressive scenery and camerawork, great music score. The film still remains the highest grossing film in the US, received 8 Oscars, including the first Oscar for Black Hattie McDaniel, which was not invited to the gala premiere December 15, 1939 in Atlanta for racial reasons. In 1977, the American Film Institute recognized this work as "the best film of all time". 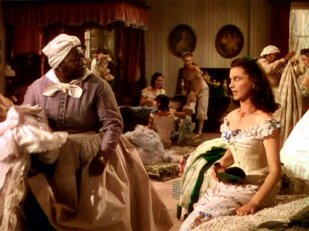 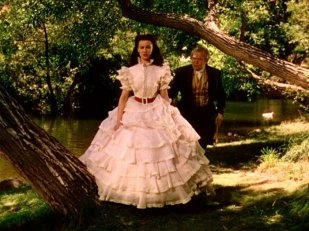 Watch Gone with the Wind

Creators of Gone with the Wind

Cast of Gone with the Wind 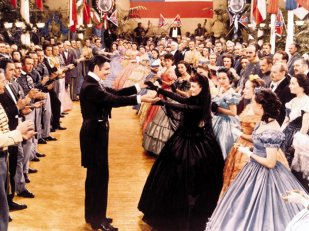 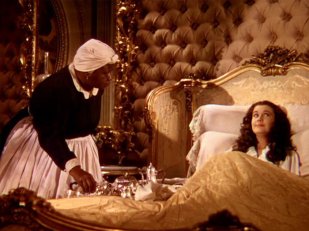 Trivia about Gone with the Wind