Enemy at the Gates 2001 film review

The decisive battle on the Eastern Front of World War 2 in the co-production of the US, Germany, United Kingdom and Ireland. The film tells the story of soldiers fighting at Stalingrad in 1942. The main theme, in addition to scenes of fighting, is a great duel between the Russian sniper Vasily Zaytsev and German Major Erwin KĂ¶nig. There is no lack of personal emotions in the film and love story.

The film is based on real events, although the details differ from the truth, eg. The love story and the fact that Zaitsev was uneducated, and in fact during the war he graduated from high school, and eventually became a professor at the University of Kiev. It is interesting to look at one of the biggest battles of World War 2, devoid of excessive heroism and sentimentality. Movie worth watching. 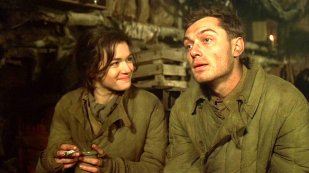 Watch Enemy at the Gates

Creators of Enemy at the Gates

Cast of Enemy at the Gates 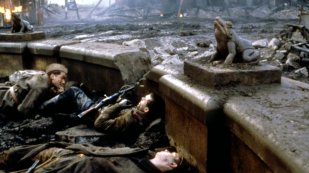