During World War II the Moroccan city of Casablanca has become safe harbor for adventurers and spies. American Rick, fleeing from painfully ended affair, choses that place to turn the new leaf. He opens a nightclub called Rickâ€™s, where German officers, French policemen, arms dealers and smugglers are the usual crowd. One day a Czech leader of resistance Laszlo arrives to Casablanca together with his wife Ilsa. They are trying to acquire a "letter of transit" that would allow them to move freely around Europe and even to United States. Rick has such document (even two!), but it turns out that Ilsa was his great love, who left him in Paris. At that time she was convinced that her husband was dead, which turned out to be untrue. In Casablanca the feelings between Ilsa and Rick resurface, but even though they both want to be together, she decides to go with her husband (who is rescued by Rick), because he needs her more. Followed by legendary final scene at the airport: misty night, the plane on the runway, the lights in the dark, raincoats and hats with a wide brim - all became icons of the cinema.

The film won three Oscars. One of the most memorable elements of it is the song played by pianist Sam, the song that Rick and Ilsa consider to be "theirs". The film has anti-Nazi overtones and was used to promote the patriotism in free world, but mainly it is one of the greatest movies in history. The film is a melodrama, but without undue sentimentality and squeezing tears, the story is just like many other war stories, but interestingly told - no one is clean, no one is really winning in this story. This is an excellent example of the great cinema. 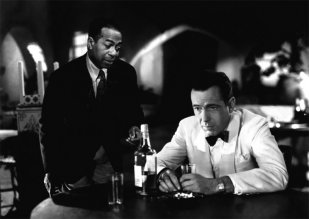 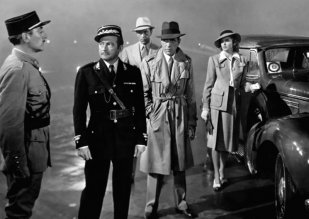 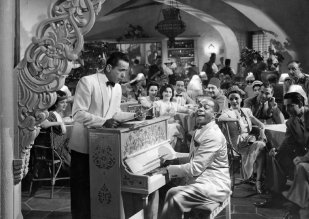 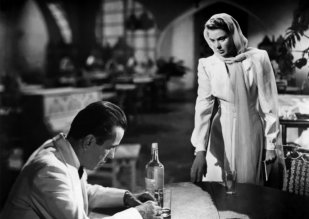