» Fame
» To Kill a Mockingbird
» Dances with Wolves
» Vabank

Berlin, early 1930s. Fascism is taking over the power, terror and violence are growing. But the high classes doesnâ€™t seem to notice thah when they are having good time in nightclubs. In one of them - called "Cabaret" - American singer Sally Bowles is a star. She is a free spirit and has rather light approach to life, at least until young Englishman Brian Roberts moves into the building she lives. Sally wants to seduce him right away, but it seems to be impossible and they become friends. However, after some time, friendship turns into love. But does love has the chance to survive? Meanwhile, you see more and more growing terror: Jews fleeing from Germany, at the back of the cabaret militants torture a man. One of the best scenes in the film is a scene in the cafe, where a young boy from Hitlerjugend begins to sing in beautiful tenor a song about a butterfly, which gradually turns into a manifesto of fascism and to which all the people around stretch their arms in the Nazi gesture. I watched this scene many times and each time I got chills.

The film is a film version of the Broadway musical "Cabaret". This film introduces a new tendency in the musical genre - drama. Before that musicals usually presented the happy world full of fun and happy endings. Cabaret was also a beginning of international fame for Liza Minnelli. Songs from this film have become enduring hits. Joey Grey as the Master of Ceremonies, together with Liza, is brilliant. The film won 8 Oscars for best director, best leading Actress, Best Supporting Actor, camera work, scenography, music, editing and sound. 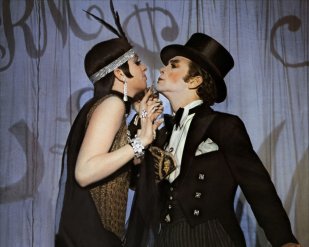 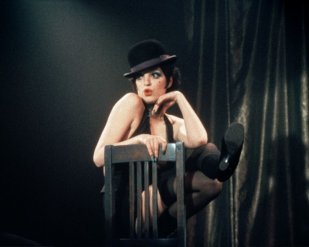 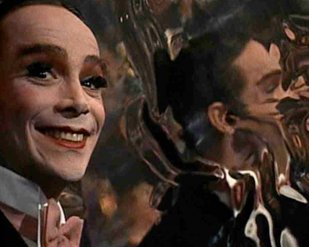