Film presenting the lifestyle of 1960s England, when people discovered the pop culture, with the young idols, new music, extravagant elements of the status of the new generation. The main character is a fashion photographer Thomas, his career soars, he is selfish, rich and convinced of his value. Outside of work he wanders around London in search of inspiration. During one of those trips he notes a couple in the park. Out of curiosity he follows them and takes few pictures. Soon young woman arrives in his studio and without any emotions offers herself in exchange for the photos. Thomas refuses, but makes bigger copies of the photos which indicate that he might have cought a crime scene on them. He even discovers the body, which then disappears...

Very good movie about art as part of life and photography in particular. Well directed and with good cast, the film is trying to answer the eternal question of the authenticity of art, its impact on human life. Art is breaking all the rules of privacy, but even a photography cannot be regarded as reflecting the truth. For the first time "BlowUp" showed that through art can be ugly, uninteresting girl can be turned into a model and vice versa - completely deprive charm of a beautiful girl. Art is important part of the life, but you cannot forget about reality. The film was based on a story by Julio CortĂˇzar, "Las babas del diablo". Film was awarded the first prize at the Cannes Film Festival. 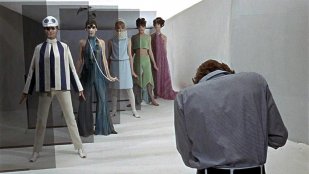 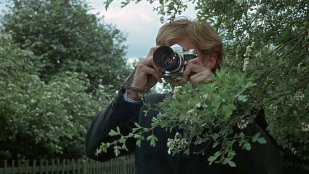 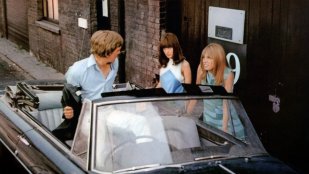 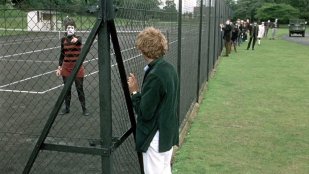