A film about the life and work of Russian monk, saint, writer and the greatest creator of icons. The action begins around 1400, when Rublev is a student of Russian icon painter Theophane. For both of them it is an art of expressing religious feelings, as opposed to the Russian princes, who see the icons only as the precious objects and symbols of power. This leads to a war between feuding princes, during which Rublev kills one of them for rape. After that he breaks down feeling that he failed his ideals and stops painting. However, after some time, he manages to overcome the crisis.

The film describes the difficult times in Russia - civil war, Tatar invasions, peasant revolts, epidemics and famine. This film is one of the greatest works of Russian cinema. At the beginning the Soviet authorities kept it locked up, but then was made available to the audience after the screening at Cannes in 1971. After this film, surrounded by an aura of scandal, the director Tarkovsky filmed a few masterpieces, among others, Solaris. Unfortunately, his works were always been seen as a protest against oppression, hypocrisy of Soviet Union leaders and eventually he was forced to leave the country and go into exile. 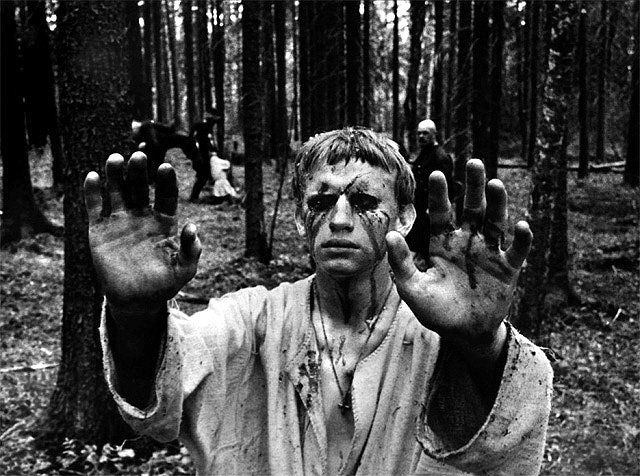